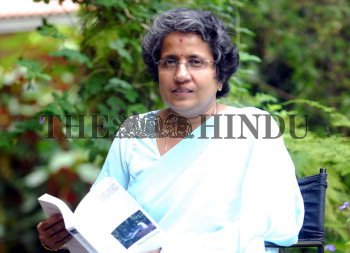 Caption : THIRUVANANTHAPURAM: Novelist Anita Mohandas during an interaction in Thiruvananthapuram on October 10, 2006. Her first novel 'The Receding Waves' is to be released on October 19th. Photo: S. Mahinsha