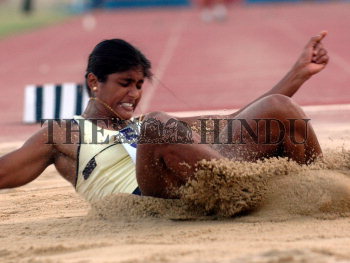 Caption : Railway's Soma Biswas, who won the gold medal in the women's heptathlon event , in action during the 46th Open National athletics championships at the Nehru Stadium in New Delhi on October 06, 2006. Photo: Sandeep Saxena