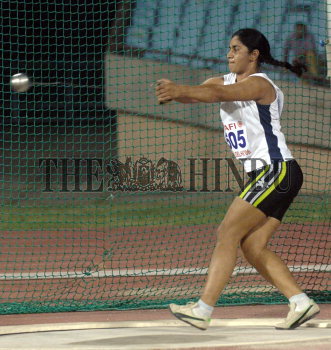 Caption : Punjab's Hardeep Kaur, who won the silver medal in the the women's Hammer Throw event, in action during the 46th Open National athletics championships at the Nehru Stadium in New Delhi on October 05, 2006. Photo: Sandeep Saxena