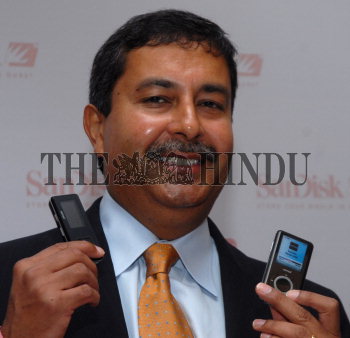 Caption : NEW DELHI: Sanjay Mehrotra, President and Chief Operating Officer of SanDisk Corporation holding some of the newly launched SanDisk products at a press conference to announce the launch of major retail expansion in India with broadline of products and new distributors in New Delhi on October 04, 2006. Photo: R.V. Moorthy