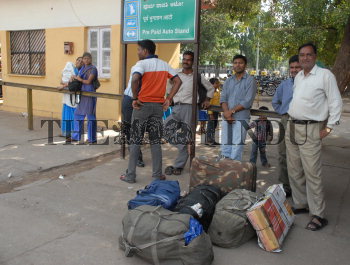 Caption : Karnataka bandh called by the Kannada organisation is total. Commuters alighted from the trains at the Bangalore Railway Station, are stranded following the strike by the autorickshaws on October 04, 2006. Photo: K. Gopinathan