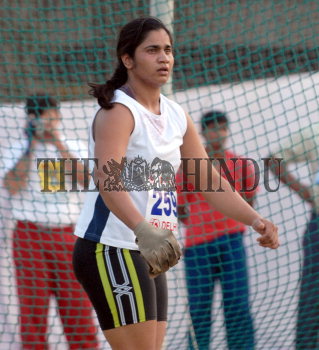 Caption : NEW DELHI: Hardeep Kaur of India, who won the silver medal in the women's hammer throw event, prepares for a throw in the AFI-Salwan International Throws Competition in New Delhi on September 29, 2006. Photo: R.V. Moorthy