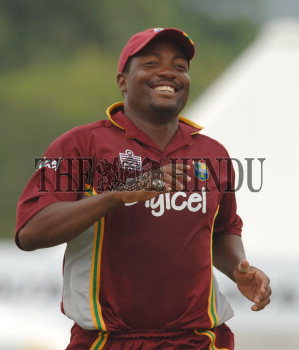 Caption : West Indies Captain Brian Lara rushes to celebrate with Marlon Samuels (not in Pic) after he took Simon Katich's catch of Chris Gayle during the Final match between West Indies and Australiain the DLF Cup in Kuala Lumpur on September 24, 2006. Photo: S. Subramanium