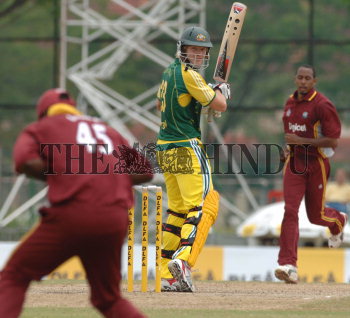 Caption : Australia's Shane Watson looks back as he is caught by Chris Gayle off Brad Shaw during the Final match between West Indies and Australia in the DLF Cup in Kuala Lumpur on September 24, 2006. Photo: S. Subramanium