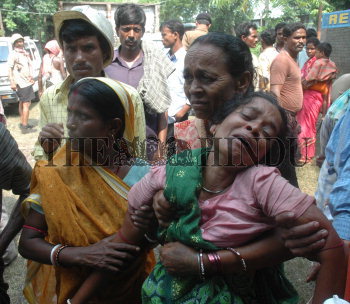 Caption : Relatives waiting over the death of their kins at Bhatdih Colliery near Dhanbad in Jharkhand on September 08, 200, where 54 miners were killed by diffusion of poisonous gases following an underground explosion on September 05, 2006. Photo: Ranjeet Kumar