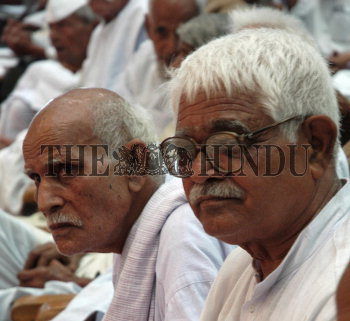 Caption : Former MLAs eagerly waiting for Uttar Pradesh Chief Minister Mulayam Singh Yadav's (not in the picture) announcement for enhancement in their perks, during a convention, in Lucknow, on August 30, 2006. Photo: Subir Roy