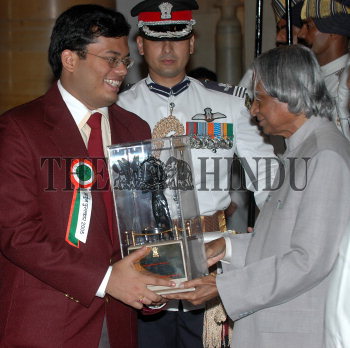 Caption : The President of India, A.P.J. Abdul Kalam, presenting the Arjuna Award to Surya Sekhar Ganguly (Chess) during the National Sports and Adventure Awards ceremony at the Durbar Hall in Rashtrapati Bhavan in New Delhi on August 29, 2006. Photo: Sandeep Saxena