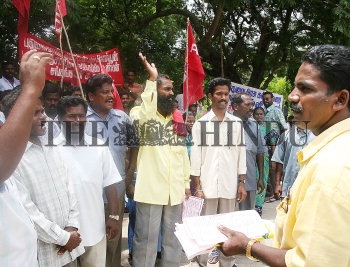 Caption : A dharna is staged by members of the Federation of the Unions of Municipal and Commune Panchayat Workers in Bharathi park opposite the Pondicherry Assembly in support of thier demands on August 23, 2006. Photo:T. Singaravelou