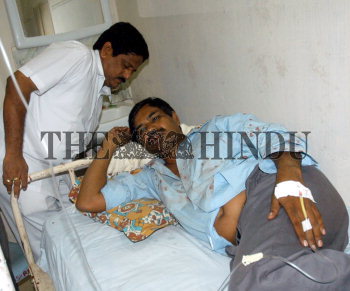 Caption : Bangaraiah, Casualty Medical Officer in King George Hospital, injured in a mob attack after the death of P. Srinivas in the hospital in Visakhapatnam on August 20, 2006. Photo: C.V. Subrahmanyam