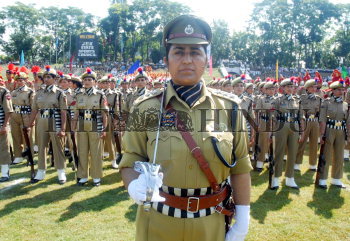 Caption : Jammu and Kashmir Women Police battalion during a rehearsal on the eve of the Independence Day celebrations at Bakshi Stadium in Srinagar on August 13, 2006. Photo: Nissar Ahmad