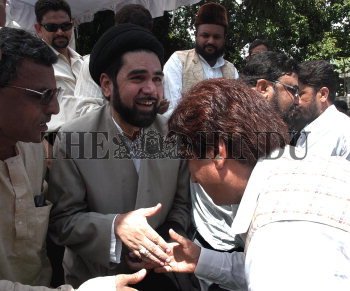 Caption : Cine Star and MP. Raj Babbar who has joined recently Jan Morcha during a demonstation of Peoples' Democratic Front along with his chairman Kalbe Jawad , a Shia religious leader against attack on Lebnon by Israle in Lucknow on August 10, 2006. Photo: Subir Roy