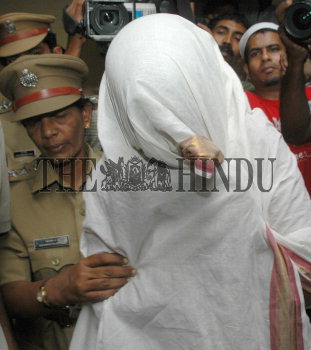 Caption : Sobha John, the first accused in the case related to attacking and extorting money from Sabarimala priest Kandararu Mohanararu, being arrested and taken to the police station, in Kochi on August 02, 2006. Photo: Vipin Chandren