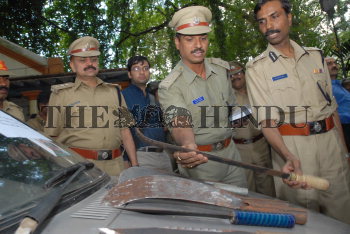 Caption : Bangalore Police Commissioner N. Achuta Rao (ext right) going through the seized weapons along with his officials during the property parade at the Commissioner's office in Bangalore on July 31, 2006. Photo: K. Gopinathan