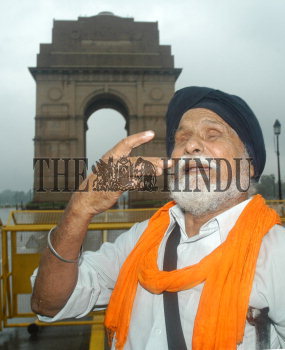 Caption : Kaka Singh, who lost both his eyes during the 1965 war at Khem Karan sector seen during a protest demonstration, organised by Ex- Defence personnel under the banner of War WOUNDED Soldiers, near India Gate, in New Delhi, on July 26, 2006. Photo: V. Sudershan