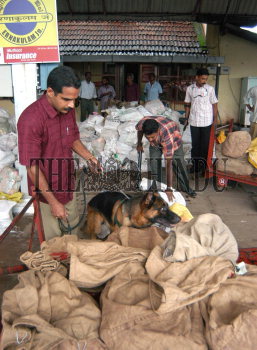 Caption : A joint security audit by Kerala Police, Railway Police and Railway Protection Force being done at the Ernakulam South Railway station, on July 12, 2006, as part of the nationwide alert following bomb blast on a local train in Mumbai on July 11, 2006. Photo:Vipin Chandran.