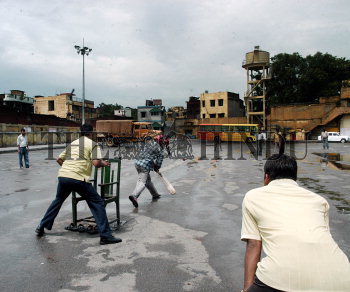 Caption : A deserted view of U.P. Roadways at Charbagh bus depot after a complete strike by bus drivers and conductors to press thier demands in Lucknow on July 11, 2006. Photo: Subir Roy