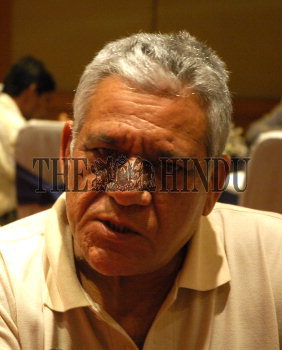 Caption : Actor Om Puri on the sets of the Hindi film "Delhi Heights" at The Grand Hotel location in New Delhi on July 7, 2006. The film is produced by Sivaji Productions. Photo: Shanker Chakravarty