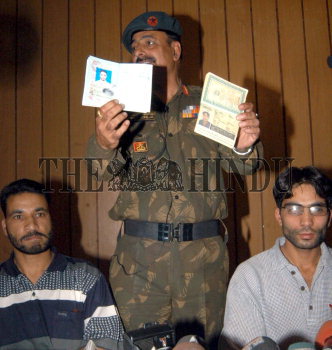 Caption : Army officer shows Pakistani passports belonging to two Kashmiri militants, seated, after they surrendered before the army in Srinagar on June 28, 2006. These militants had training on arms and ammunition in Pakistan occupied Kashmir, according to the army. Photo: Nissar Ahmad 28/06/2006