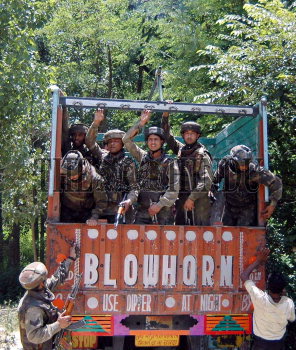 Caption : Army soldiers returning back after the gunbattle with suspected militants in Ratnipora, Pulwama, some 35 kms south of Srinagar on June 24, 2006. Two militants of Hizbul Mujahideen, and an army soldier were killed in a long gunbattle. Photo: Nissar Ahmad