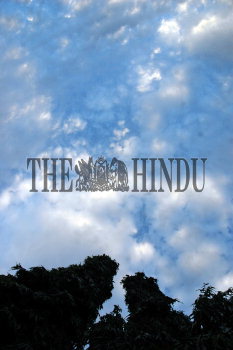 Caption : So many clouds but not enough of the rain-bearing ones. There was some rain over the twin cities since early on June 16, 2006 morning, but it led to temperatures peaking because it had not rained enough. Photo: Mohammed Yousuf