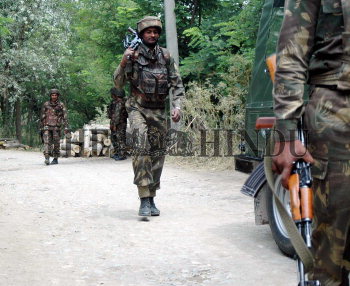 Caption : Army soldiers returing back after the gunbattle at Pampore some 30kms from Srinagar on June 13, 2006. Two militants were killed and two army soldiers were injured in the gunbattle. Photo: Nissar Ahmad