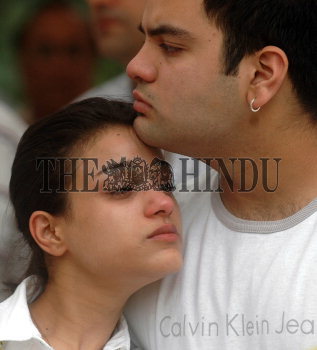 Caption : Family members of the Uphaar Cinema fire victims at a prayer to mark the ninth anniversary of the tragedy, for which no compensation was paid and are hoping to get justice at least now, in New Delhi on June 13, 2006. Photo: Sandeep Saxena