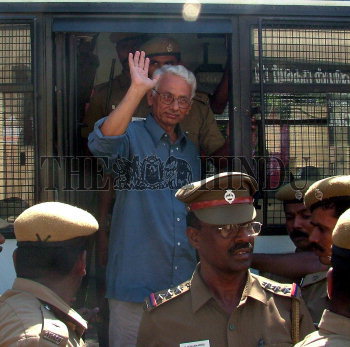 Caption : Nepali Maoist leader Chandra Prakash Gajurel, who was sentenced to three years rigorous imprisonment for trying to travel to London on a forged British passport from the Chennai airport in 2003, arriving at the Judicial Magistrates Court in Alandur on June 13, 2006. Photo: A. Muralitharan.