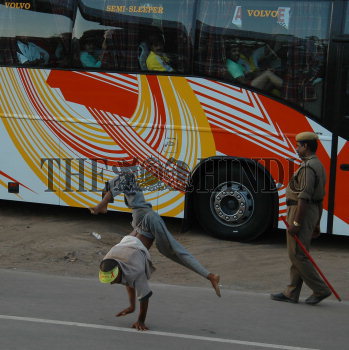 Caption : G. Arun Kumar, a physically challenged youngster from Khammam, does a jig on his hands to attract the attention of film stars while they were leaving the Indira Gandhi Municipal Stadium in Vijayawada after playing an exhibition match on June 11, 2006. Photo: V. Raju