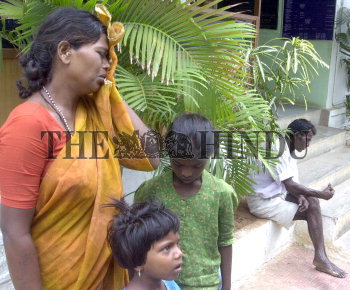 Caption : Chenamma, mother of a newly born female baby, whose multilated body was found in a house at NGO's Colony in Vanasthalipuram on June 11, 2006, weeping at the police station. Her two daughters look on. Photo D. Gopalakrishnan