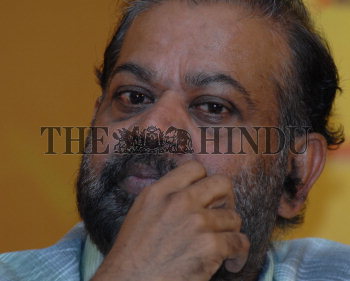 Caption : Film director P. Vasu at the International Indian Film Academy (IIFA) Film Festival function held at Hotel Taj Coromandel, Chennai, on June 08, 2006. This year's IIFA film festival will be held in Dubai from 15 to 17 of June 2006, it was announced, and `Chandramukhi' is the first film to be screened on the occasion. Photo: Shaju John