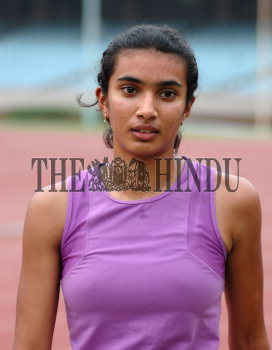 Caption : Natasha Sagar of Karnataka, who won the girls' under-18 Heptathlon event, seen during the second National Combined Events Competition at the Jawaharlal Nehru Stadium in New Delhi on June 2, 2006. Photo: Rajeev Bhatt