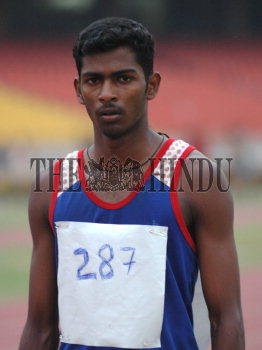 Caption : S. Raajakumar of Tamil Nadu looks on after winning the boys' Under 18 Octathlon event in the second National Combined Events Competition at the Jawaharlal Nehru Stadium in New Delhi on June 2, 2006. Photo: Rajeev Bhatt