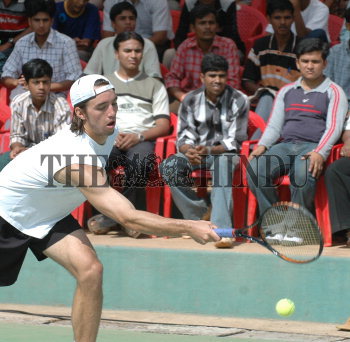 Caption : Viktor Troicki of Serbia, who won the men's singles title, in action during the final against Lukasz Kubot (not pin pic) of Poland in the PVG Cup ATP Challenger tennis championship at the Dharwad District Tennis Association courts in Dharwad on April 30, 2006. Photo: G.P. Sampath Kumar