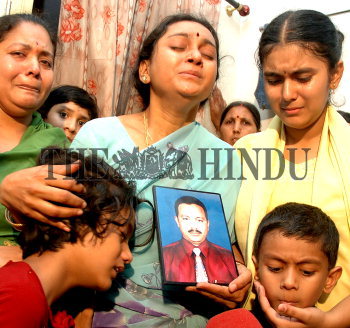 Caption : Panic-stricken family members of K. Surya Narayana, a telecom engineer, who was kidnapped by Talibans in Kandahar, in Afghanistan on April 28, 2006, appealing to them to release him immediately, at their residence in East Anandbagh, Hyderabad, on April 29, 2006. Photo: Mohammed Yousuf