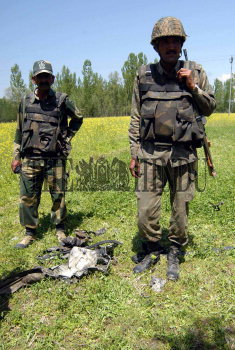 Caption : Para military personnel inspecting the blast site where a suicide bomber was killed when a car in which he was driving exploded at Awantipora, south of Kashmir on April 22, 2006. Photo: Nissar Ahmad