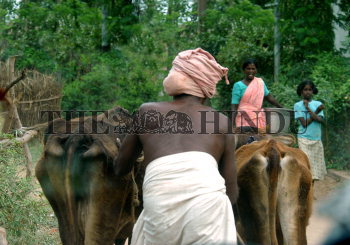 Caption : Cuddalore, the seashore once hit by the Ttsunami waves, now is being gripped 'silently' by the election fever. Fishermen community and farmers in Cuddalore are least bothered about the upcoming elections, but they are thankful to the NGOs and the local governing body headed by the Disrict Collecter who helped them is a big way after the terrible tragedy wrought by the Tsunami. Photo: Shaju John 21/04/2006