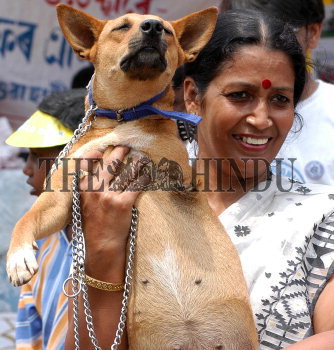 Caption : A dog owner holds her dog at a dog show in Guwahati on April 16, 2006. She adopted the dog after the dog lost it's one leg in an accident. The show was specially organised to promote locally bred dogs and to adopt them as pet dogs, as a large number of such dogs are battered and brutalised in the streets all over the country. Photo: Ritu Raj Konwar