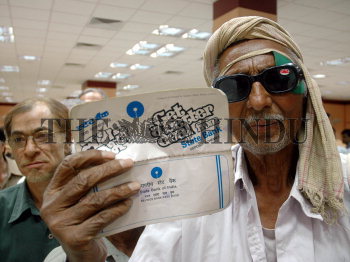 Caption : An old man patiently waiting for his turn while standing in a queue, at the State Bank of India branch at Parliament Street, in New Delhi, on April 10, 2006, which opened after a week-long indefinite strike by its employees. Photo: Sandeep Saxena