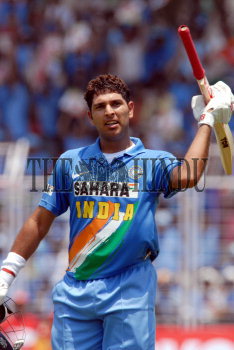 Caption : Indian batsman Yuvraj Singh celebrates after completing his century during the third one day international cricket match between England and India at the Nehru Stadium in Margao, Goa, on April 03, 2006. Photo: V. Ganesan