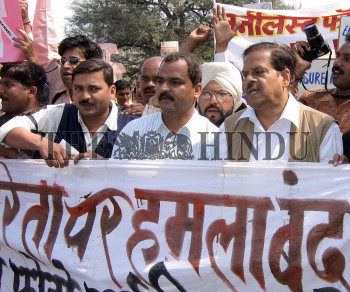 Caption : Journalists of Lucknow, took out a rally in protest against derogatory remarks passed by various political parties in the Vidhan Sabha and growing incident of attacks on them in Lucknow on March 13, 2006. Photo: Subir Roy