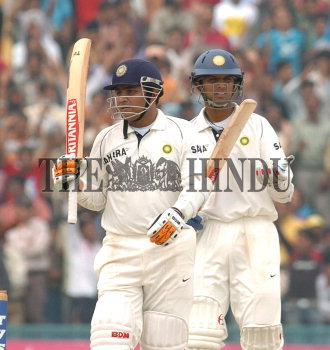 Caption : Indian batsman Virender Sehwag raises his bat after scoring his half century as Rahul Dravid looks applauds on the fifth and final day of the second cricket Test match between England and India at the PCA Stadium in Mohali, India, on March 13, 2006. Photo: S. Subramanium