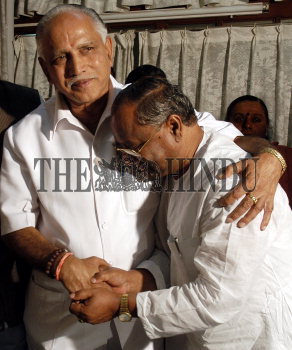 Caption : K B Shanappa being greeted by the Deputy Chief Minister, B. S. Yediyurappa after filing the nomination for the Rajya Sabha seat from BJP in Bangalore on March 13, 2006. Photo: K. Bhagya Prakash