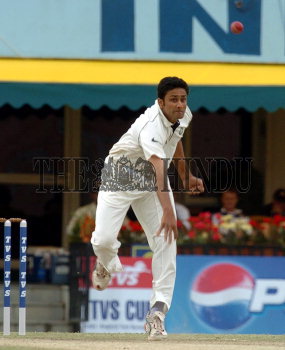 Caption : Indian ace leg-spinner Anil Kumble in action on the third day of the second cricket Test match between England and India at the PCA Stadium in Mohali, India, on March 11, 2006. Anil Kumble crossed the 500-wicket mark in Tests and he became the first Indian bowler to achieve this feat. Photo: S. Subramanium