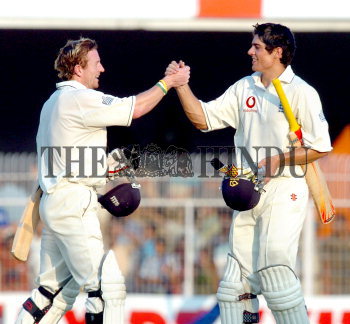 Caption : England batsman Alastair Cook (right) being congratulated by his partner Paul Collingwood on his century on the fourth day of the first cricket Test match between England and India at the Vidarbha Cricket Association Stadium in Nagpur, India, on March 04, 2006. Photo: S. Subramanium