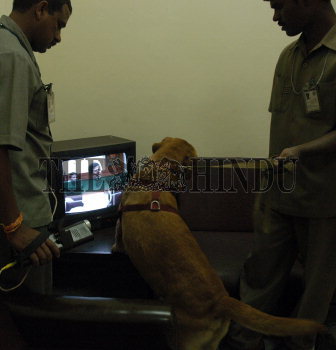 Caption : BOMB disposal SQUAD personnel and sniffer dog inspect the premises of the Legislative Assembly in Hyderabad on February 17, 2006 following a BOMB threat, which later turned out to be a hoax. Photo: H. Satish