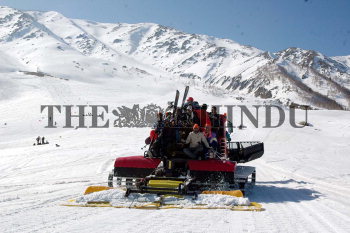 Caption : A ski player takes to the slopes at Gulmarg during the Chief Minister's Ski Championship 2006, on the heavenly slopes of Kongdori in Gulmarg on February 05, 2006. Photo: Nissar Ahmad