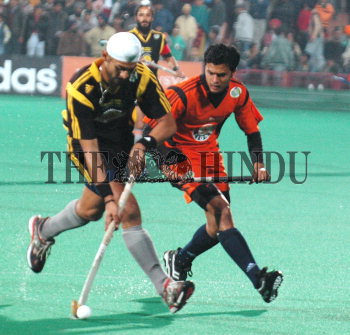 Caption : Sandeep Singh (left) of Chandigarh Dynamos being tackled by BIPIN Fernandes of Bangalore Lions during the third game of the best of three finals in the Premier Hockey League at Chandigarh on February 01, 2006. Photo: Rajeev Bhatt