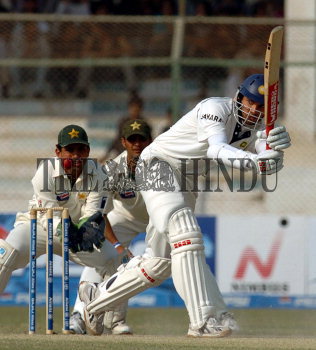 Caption : Indian batsman Yuvraj Singh plays a shot during his century knock, watched by wicketkeeper Kamran Akmal, on the fourth day of the third and final cricket Test match between India and Pakistan at the National Stadium in Karachi, Pakistan on February 01, 2006. Photo: S. Subramanium