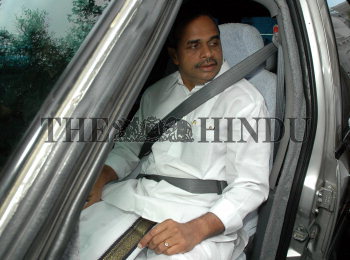 Caption : Chief Minister Y. S. Rajasekhara Reddy , who arrived in the Assembly in his Safari , with his seat belt fastened . Later , he told the media that it was to spread the message of safety. Photo: P. V. Sivakumar 20/11/2005