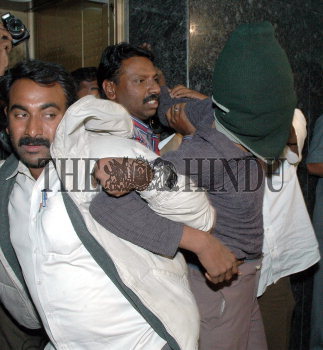 Caption : Kaleem alias Arshad, one of the prime accused in the blast, at the Hyderabad Task Force Office on October 12, being brought to the Police Commissioner's Office in Basheerbagh, Hyderabad on December 18, 2005. Photo: P.V. Sivakumar